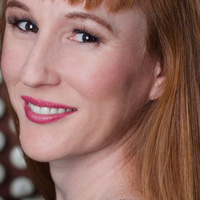 Organist and FIU alumna, Katherine Meloan, is an artist whose expressive gifts and eclectic repertoire enable her to contribute to the musical world with distinctive and engaging performances. You will be enchanted by her performance of well-known organ music by J.S. Bach, Saint-Saens, Sweelinck, and Widor performed on FIU's Wertheim Organ, the largest concert hall organ in South Florida.

She has performed in the U.S. and Europe with some notable recitals including Saint George’s Hanover Square in London, United Kingdom; Spoleto Festival in Charleston, South Carolina; The Cadet Chapel at The United States Military Academy in West Point, New York; and National Cathedral in Washington D.C.

Katherine is currently on the organ faculty at Manhattan School of Music. In addition, Katherine serves on the advisory panel for the Committee for the New Organist (CONO) directed by the American Guild of Organists and writes for The American Organist magazine and The Kings Pointer magazine.