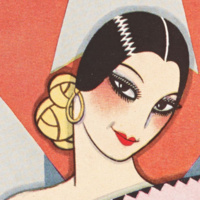 Artweek 2019: Cuban Caricature and Culture: The Art of Massaguer

Cuban Caricature and Culture: The Art of Massaguer

With his biting political satire, celebrity caricatures, and magazine and advertising illustrations, graphic artist Conrado Walter Massaguer (1889–1965) helped shape the visual culture of his native Cuba between the 1920s and 1950s. This installation of works recently gifted to The Wolfsonian Library by Vicki Gold Levi brings forth Massaguer’s legacy through dozens of works, from images of the “New Woman” flapper ideal (the so-called “Massa-girls”) in his magazine Social to depictions of tropical paradise for the Cuban Tourist Commission. Massaguer’s transnational reach is shown in his covers for Collier’s and Life, while cartoons of visiting dignitaries and Hollywood stars reveal how he rubbed shoulders with Franklin D. Roosevelt, Walt Disney, Albert Einstein, and the King of Spain—all evidence of an artist at the center of Havana’s cosmopolitan culture in the decades before the Cuban Revolution.

Presented concurrently with the installation are: Cover Girls, a teaser along The Wolfsonian's south facade on 10th Street displaying two of Massaguer's Social covers in dialogue with two present-day reinterpretations by Miami artist Andres Conde; and Caricaturas, a library show of caricatures by some of Massaguer's Cuban and other Latin American contemporaries.