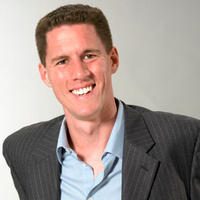 Barbra on Film: A Discussion about Barbra Streisand presented by Dan Hudak

Please join us for a colorful presentation with Dan Hudak about Barbra Streisand's films. A lifelong film lover, Dan has worked extensively as a film critic in print, radio, and television. He has provided film reviews and commentary for WPLG-TV (ABC) Miami-Ft. Lauderdale, ABCNews.com, The Baltimore Sun, The Chicago Tribune, Christian Science Monitor, CNN.com, indieWIRE.com, The New Orleans Times-Picayune, Newsday, The Orlando Sentinel, The San Francisco Examiner, and The South Florida Sun-Sentinel.

Dan Hudak is the owner of Hudak On Hollywood, Inc., and his popular “Hudak On Hollywood” presentations are given throughout Florida and Colorado. He is the former chairman of the Florida Film Critics Circle and a member of the Southeastern Film Critics Association. He studied Film History and Criticism at Bard College and the University of Miami, where he received his M.A. in Film Studies. To give Dan a piece of your mind, e-mail him at dan@hudakonhollywood.com.