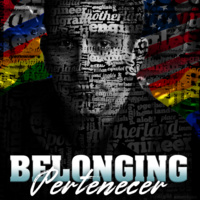 Belonging: Reflections on Identity, Exile, and Home: A Conversation with Richard Blanco

Belonging: Reflections on Identity, Exile, and Home: A Conversation with Richard Blanco in honor of LGBTQ+ Pride Month

“Blanco’s contributions to the fields of poetry and the arts have already paved a path forward for future generations of writers…Our Nation was built on the freedom of expression, and poetry has long played an important role in telling the story of our Union and illuminating the experiences that unite all people.” - President Barack Obama

Blanco, who read his poem “One Today” at the second inauguration of President Barack Obama in 2013, is the youngest, first Latino, first immigrant, and first openly gay person to serve as inaugural poet. He placed his papers with Emory’s Stuart A. Rose Manuscript, Archives, and Rare Book Library.

Belonging is a universal human yearning — we all need someone, someplace, something to belong to and thrive. But what does it mean to belong? What do we belong to, or not, and why? Do we get to choose? Is belonging inclusive or exclusive, or both? Is it a false reality, or a true manifestation of the self?

These are the questions Richard Blanco has asked throughout his writing and his often-contradictory identities as both a poet and engineer, as a Cuban-American, as a popular poetic figure yet an academic, and as a straight-raised boy who grew up to become an openly gay man.

Florida International University's Center for the Humanities in an Urban Environment, in collaboration with Emory University and other partners listed below, invite you to join Richard Blanco as he continues to explore belonging in conversation with Professor Karen Stolley of Emory's Department of Spanish and Portuguese.

Please visit richard-blanco.com to learn more about our guest poet.

This event is free and open to the public. Register here: go.fiu.edu/richardblanco

The event will also be live-streamed on Facebook: facebook.com/centerforhumanitiesfiu/

Special thanks to the event partners:

Department
Center for the Humanities in an Urban Environment, College of Arts, Sciences & Education, Department of English, School of Environment, Arts and Society
Hashtag