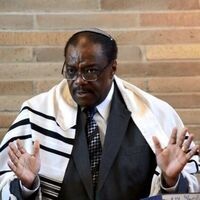 Rabbi Capers C. Funnye, Jr. leads the 200-member Beth Shalom B'nai Zaken Ethiopian Hebrew Congregation of Chicago, one of the largest black synagogues in America. He is also Chief Rabbi of the International Israelite Board of Rabbis, and has served as a consultant to several institutions, including: The Du Sable Museum of African American History, The Chicago Historical Society, The Spertus Museum of Judaica, The Black Holocaust Museum, and the Afro-American Museum.

Rabbi Funnye grew up on the South Side of Chicago and was raised in the African Methodist Episcopal Church. While at Howard University, he began exploring other religions and was eventually ordained through the Israelite Rabbinical Academy of Brooklyn and converted by a Conservative rabbinical court.