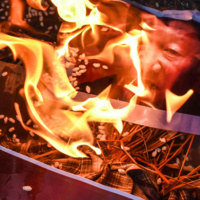 On June 30, 2020, Chinese authorities imposed a wide-ranging security law for Hong Kong, ostensibly curtailing the city’s autonomous status and pro-democracy movement. Beijing’s repression of the Uighur ethnic minority in Xinjiang proceeds unabated. Meanwhile, tensions continue to rise with Taiwan, and Chinese and Indian troops have engaged in aggressive skirmishes at long-disputed locations along the Sino-Indian border. The Chinese government has also been accused by Nepal of encroaching on its territory, and Bhutan now fears a border dispute with Beijing over a wildlife sanctuary. Chinese authorities increasingly are projecting influence globally in ways that challenge democracy and human rights. Join us for a conversation exploring the Chinese government’s growing predilection for exertion of sharp power, and what this means for the global community.