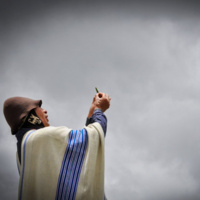 Democratizing the Conversation on Earth Citizenship

Join us for a dialogue led by two experts on Indigenous issues, locally and globally, discussing the relationship between spirituality, humans and the earth. Every major religion, whether from the east or west or Indigenous, has a creation story based on a greater power than ourselves. Western science has created the most complex physical representation of the earth’s journey, one whose evolutionary and ecological dynamics closely parallels the spiritual truths of many established religious accounts. Yet,  there is an ongoing loss of biodiversity, ecosystem disruption and climate change. How can spiritual traditions and practices, especially those of Indigenous peoples, help us to envision and establish a sense of balance between humans and the earth?

Thomas Pliske is lecturer emeritus in the Department of Earth and Environment and the Department of Religious Studies at FIU. He is the author of numerous articles in scientific journals and the books Light, Truth and Nature and A Himalayan Hope and a Himalayan Promise. He holds a Ph.D. in evolutionary biology from Cornell University. In Spring 2020, he will also teach a new Global Learning course titled, Spirituality and Sustainability (REL-3161).

Rubi Hurtado is a traditional musician, dancer, researcher and professional journalist from the Xauxa-Quechua people of Peru. She is a founding member of both the Kuyayka Foundation and the FIU Global Indigenous Forum. She holds a B.S. in Journalism and a B.A. in Anthropology from FIU.  Her M.A. in Biology Conservation from Miami University in Ohio focused on Indigenous environmental relations in Peru, Mexico and India.