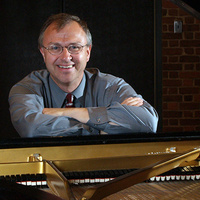 Furman University professor of piano and music theory, Derek Parsons, will present a recital at the Wertheim Concert Hall at FIU. Parsons will perform the music of Haydn, Cyril Scott, Ginastera and Liszt. He has performed throughout the U.S., Canada, Spain, Italy and China. Presented in collaboration with the South Florida Liszt Chapter.

He will present a masterclass on Friday, January 17, 2020 in the FIU Recital Hall (Room 150). The public is invited to observe.

From his orchestral debut at age 12, Derek Parsons has been performing for appreciative audiences in a career that has spanned four decades.  Critics have hailed him as “a wonderfully sensitive musical artist” “…[exhibiting] extraordinary technique” (The Brantford Expositor) and his performances, “…a drama of epic proportions”,  “…in total command” (The Evening Telegram), and “the range of colors is impressive…” (American Record Guide).  Active as an orchestral soloist, recitalist, and collaborative artist, he has performed throughout the United States, in Canada, Spain, Italy, and China, and has been heard on South Carolina Educational Television, South Carolina Educational Radio, and CBC Radio and Television in Canada. His repertoire encompasses a wide spectrum of styles, genres, and periods.  Since joining the faculty of Furman University in 1988, he has performed concerti of Bach, Beethoven, Mozart, Liszt, Grieg, Rachmaninoff, Stravinsky, and Gershwin with several local and regional ensembles.

Dr. Parsons holds degrees and diplomas in Performance Studies from the University of Western Ontario, the University of Michigan, and Trinity College of Music, England.   His major teachers have included Charles Fisher, Theodore Lettvin, Ronald Turini, and Martin Katz.

An avid proponent of the music of Franz Liszt, in 2014 Dr. Parsons was granted a sabbatical leave, his third sabbatical focusing on the piano works of that composer.  His recent concert schedule has featured some of these works, culminating in a performance at the 50th Anniversary Conference of the American Liszt Society in June, 2014, as well as a new solo compact disc, released during the summer of 2015.   He has continued his association with the American Liszt Society, as a featured performer in the 2016 ALS Festival in Los Angeles, CA.

While in South Carolina, Dr. Parsons has enjoyed a long and productive association with the South Carolina Music Teachers’ Association.  He has given performances on several SCMTA conference programs, and has held many officer positions within the organization, including President of the organization from 2010-2012.  In addition to his teaching duties at Furman, Dr. Parsons serves as Director of the Furman University Summer Keyboard Institute.

Dr. Parsons has enjoyed collaborating with both singers and instrumentalists over the years, performing with artists such as Elizabeth Bishop and Donald Sinta.  For 20 years he was a member of The Ambassador Duo, with saxophonist Clifford Leaman.  Their critically-acclaimed recordings are available under the Equilibrium label.