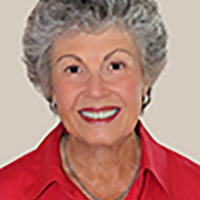 Join us on Zoom on Sunday, January 2, 2022 at 2 pm to observe Florida Jewish History Month by “qvelling” over the Floridian Jews who made significant contributions in entertainment, the arts and culture. This topic connects to the current exhibit at the Jewish Museum of Florida-FIU, Hello Gorgeous, celebrating the life and career of Barbra Streisand, on view until April 3, 2022. And, of course, Barbra connects to I.B. Singer by using his story, “Yentl the Yeshiva Boy” for her 1983 film, Yentl.

Marcia Jo Zerivitz, LHD, founding executive director of the Jewish Museum of Florida and initiator of Florida Jewish History Month, will present a PowerPoint lecture Jews of Florida in Entertainment, the Arts, and Culture, based on this topic from her seminal book, Jews of Florida: Centuries of Stories.