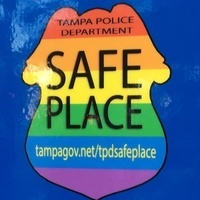 From Research to Action - Anti-LGBT Hate Crimes in Miami

Hate crimes against LGBTQ individuals have received greater attention in light of the 2016 massacre at Orlando’s gay club “Pulse” — one of the deadliest mass shootings in U.S. history. Despite this and other recent incidents of violence against the LGBTQ community, social science research on the prevalence and nature of hate crimes against LGBTQ persons remains limited. Similarly, the criminal justice system is not capable of effectively identifying and handling such crimes.

The Miami-Dade State Attorney’s Office, the MiamiDade Police Department, Safeguarding American Values for Everyone (SAVE) LGBTQ and Florida International University came together in 2018 to launch this project. With funding from the National Institute of Justice, these institutions have collected and examined data and came up with an ambitious plan to increase public safety and enhance the LGBTQ community’s well-being. Join the voices behind the project to discuss the study’s findings and policy implications for Miami’s LGBTQ community and the criminal justice system.

Orlando Gonzales, Executive Director, Safeguarding American Values for Everyone (SAVE)