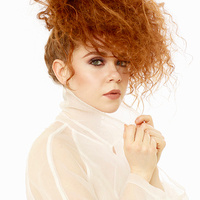 The FIU School of Music opens its 2019-2020 season with a musical celebration of Hispanic Heritage Month featuring Daniella Mass, a finalist in "Americas Got Talent," the FIU Symphony Orchestra & Brass Choir, 7/4 Ensemble, and Furia Flamenca! The star-studded evening promises to deliver exciting, Latin inspired performances including zarzuela that will leave you wanting more!

With parts of the Bahamas devastated by Hurricane Dorian,  a portion of ticket proceeds will be donated to the FIU Strong campaign in order to help faculty, staff, and students impacted by this tragedy. Cash donations are also taken at the door.  For more information, contact the Wertheim Performing Arts Center Box Office by calling (305) 348 - 0496 or emailing musictix@fiu.edu.

Daniella Mass was a Soprano Coloratura singer act from Season 10 of America's Got Talent.

Daniella Mass is also known as “The Liri Pop Princess.”  The composer and young Coloratura Soprano, Daniella was born on March 26th in the city of Barranquilla, Colombia. She is the creator of the new music concept Liripop. Daniella sings in 5 languages (Japanese, English, Portuguese, Italian and Spanish) and has traveled through different countries doing performances and showcases.

Daniella got her Degree in Musicianship in EMMAS, Performance, Vocal Coaching, Ballet and Jazz at the Broadway Dance Center in Manhattan in 2011. She plays piano, flute, guitar and drums. Daniella has sung with Andrea Bocelli in a private audition. She has also performed with Jose Carreras in Bogotá and the most famous quartet in the world, the Bond Girls, and in the opening of the breakout Italian youth group Ilvolo.

In 2011 she was a featured artist in the opening ceremony of the U-20 World Cup and in non-profit fundraisers supporting displaced persons and flood victims, as well as in Teletón 2011, one of the main non-profit organizations in Colombia for people with disabilities. In August 2012 she was the only Colombian artist in Ricardo Arjona’s “Metamorfosis” tour, performing in the cities of Cali, Medellin, Manzalez, Bogota, Bucaramanga and Barranquilla.

Daniella Mass has won over 20 singing contests, including the 2007 Top Music Bon Bon Bum, where she competed with more than 400 candidates from all over Colombia. In the United States she was chosen among more than 20,000 Latin participants to represent Colombia in the reality show “La Academia de TV Azteca”. Daniella Mass is the official Voice of the 2013 Bicentenary of Barranquilla. Her song “Soy Barranqilla” (I’m Barranquilla) was named Official Song of the Bicentenary of Barranquilla.

The 7/4 Venezuelan Ensemble was born from the friendship of seven young members of El Sistema (the National System of Youth Orchestras of Venezuela), who came together to extend the boundaries of academic music to include Venezuelan folk music, Latin American music and jazz.

In 2015, the 7/4 Ensemble toured with maestro Gustavo Dudamel and the Simón Bolívar
Symphony Orchestra of Venezuela (SBSOV). This time, they appeared in San Francisco and Los Angeles, where they participated in academic activities and performed in concerts such as the 2015 LA Phil Opening Night Gala. In 2013, the Ensemble accompanied maestro Dudamel and the SBSOV on their South American Tour, which included performances in
Buenos Aires, Sao Paolo, Brasilia and Bogotá. More at www.ensamble74.com.

Absolutely wonderful. Daniella Mass was a joy to listen to. My wife and I had a great time.