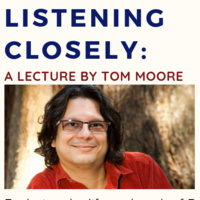 This event is co-sponsored by the  Kimberly Green Latin American and Caribbean Center.

This lecture will explore the life and work of musical composer Sérgio Roberto de Oliveira as well as examine a few of his pieces in detail.

Sérgio Roberto de Oliveira was born in Rio de Janeiro in 1970, and died there in 2017, not having reached his 47th birthday. His formal training in composition included a baccalaureate in composition from the Federal University of the State of Rio de Janeiro (Unirio); a student of Dawid Korenchendler there, he also studied privately with Guerra Peixe. After working in popular music, his career in classical music began when his first composition, the Suite for Strings (1995), won second prize in a competition in Rio. Three years later, in 1998, he founded a composer’s collaborative (Prelúdio 21), which has been active continually since then. His production included pieces for solo instrumentalists, chamber ensembles, choral music, symphonic music, and opera. Ensembles recording his work include the Quartet Radamés Gnattali, the Quintet Lorenzo Fernandez, the Trio Capitu, the Trio Paineiras, the Duo Santoro, the Duo Bretas-Kevorkian, and GNU, among others. His chamber opera, Na Boca do Cão, written during his final illness, was premiered at the Centro Cultural Banco do Brasil, and the composer was able to see the first performances before his death.

While maintaining a successful career as an entrepreneur owning and managing a recording studio and producing and distributing CDs of classical music on his own label, Oliveira managed to direct an annual concert series for Prelúdio 21, and write almost 150 works, a significant number of which have been recorded for CD, making him perhaps the most successful composer in Brazilian classical music in this century.