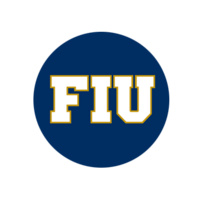 All master classes are open to the public.

Bent Frequency is a professional contemporary chamber music ensemble based in Atlanta, Georgia, USA. Founded in 2003, the group brings the avant-garde music tradition to life in Atlanta through adventurous programming, the promotion of New Music, and a creative synthesis of music and media. We have won numerous grants (local, regional, national and international) for previous projects and have received critical acclaim for our adventurous programming. Bent Frequency has become one of the premiere contemporary music ensembles in the southeastern United States.

As Co-Artistic Directors of Bent Frequency, percussionist Stuart Gerber and saxophonist Jan Berry Baker are The Bent Frequency Duo Project. Stuart and Jan have commissioned over 30 new works for this duo since 2013 and have given countless performances across the United States, Mexico, and Europe.  They have been guest ensemble in residence at the MATA Festival in Oaxaca, Mexico, Sam Houston State University in Texas, Tage aktueller musik festival in Nuremberg, Germany, Charlotte New Music Festival, The University of Georgia, and New Music on the Point.  They have recently released their debut CD, Diamorpha, on the Centaur Label featuring a number of these new works.

Saxophonist Jan Berry Baker is a native of Alberta, Canada. In demand as a soloist and chamber musician, she has performed throughout the United States, Canada, Japan, Mexico, France, Germany, Scotland, England, Ukraine, Switzerland, Austria and the Czech Republic. An advocate of new music, Baker is the Co-Artistic Director and saxophonist with Atlanta-based new music ensemble Bent Frequency.

Jan is Associate Professor of Saxophone at Georgia State University. She holds a Doctor of Music from Northwestern University and is a Selmer Paris and Vandoren performing artist.

As an active performer of new works, Stuart has recorded for Cantaloupe, Innova, UR-text, Aucourant, Bridge, Capstone, Code Blue, Mode, Albany, Telarc and Vienna Modern Masters labels. He has performed and taught at the Stockhausen-Kurse in Germany, the Summer Institute of Contemporary Performance Practice (SICPP) at the New England Conservatory and has given master classes at many esteemed institutions worldwide. Stuart is the co-artistic director of the Atlanta-based new music group Bent Frequency and is Professor of Percussion at Georgia State University.