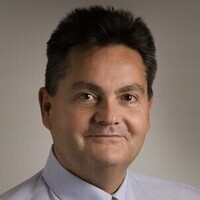 Dr. Kimon P. Valavanis joined the University of Denver in September 2008 as Professor and Chair of the Electrical and Computer Engineering Department. He is currently John Evans Professor, Director of Research and Innovation at the D. F. Ritchie School of Engineering and Computer Science, and Founding Director of the Unmanned Systems Research Institute. He is also Guest Professor in the Faculty of Electrical Engineering and Computing at the University of Zagreb, Croatia. He also was chosen by the Academic Senate and the Board of Governors of the Politecnico di Torino to collaborate in research and offer a series of seminars and short course in Robotics and Unmanned Systems under the Scuola di Dottorato program requirements as part of the European Research Council (ERC), European Commission, Horizon 2020 Scientific Programme, Part 1 – Excellent Science. Valavanis has offered similar courses at: Università Politecnica delle Marche, Ancona, Italy; South China University of Technology; Technion University, Israel; Universidade Federal do Espírito Santo (UFES), Vittoria, Brazil; Latin American and Brazilian Robotics Competition, João Pessoa, Brazil; Poznan Institute of Technology, Poland; Technical University of Crete and National Technical University of Athens, Greece. During his 30+ years of Academic career, Valavanis has graduated 38 Ph.D. students and more than 100 M.Sc. students. He has attracted and has helped attracting close to $50M in research funds from Federal and State agencies, industry and the private sector. While in Europe, he was funded by the Greek Secretariat of Research and Technology, the European Union, industry, and from the Croatian Ministry of Science and Technology (joint projects).

Valavanis’ research interests focus on the areas of Unmanned Systems, Distributed Intelligence Systems, Robotics, and Automation. He has published more than 400 book chapters, technical journal, referred conference papers, invited papers and technical reports. He has authored, co-authored and edited 19 books, two of which have been translated in Chinese. He has organized international conferences, worldwide. He was Editor-in-chief (EIC) of the IEEE Robotics and Automation Magazine for ten years; EIC of the IEEE Systems Man and Cybernetics Newsletter for three years; EIC of the Journal of Intelligent and Robotic Systems since 2006. He serves as co-chair/chair of the Aerial Robotics and Unmanned Aerial Vehicles Technical Committee since 2008. He serves since 1998 as Vice President of the Mediterranean Control Association.

Circulation Control (CC) is an effective technique that allows for increasing lift and improving the aerodynamic efficiency of Unmanned Aerial Vehicles (UAVs). CC-based UAVs exhibit enhanced aerodynamic performance in terms of reduced runway for take-off and landing, increased effective payload capability and delayed stall. However, CC introduces changes to the aerodynamic coefficients that are difficult to determine using strict mathematical formulas. This creates a specific type of model uncertainty in the CC-based fixed-wing Unmanned Aerial Vehicle (UC2AV), which must be addressed and accommodated for; this is tackled using µ-analysis. A detailed systematic approach to parameter identification of the UC2AV is first required to derive an accurate model, before designing a navigation controller. Then, a novel, robust nonlinear controller for the longitudinal/lateral flight dynamics of a UC2AV is presented, which operates in cascaded fashion and considers changing mass. The controller consists of a dynamic inversion inner-loop and a µ-synthesis outer-loop controller. Results demonstrate the efficacy of the proposed control scheme and the ability of the UC2AV to adapt to challenging CC-on-demand scenarios. The proposed controller design can be generalized and applied to a family of nonlinear systems with unstructured uncertainties and time-varying parameters, going beyond addressing uncertainty challenges regarding the aircraft’s aerodynamic coefficients.