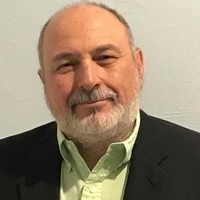 On the Limits of Computation in Non-convex Optimization

Large scale problems in engineering, in the design of networks and energy systems, the biomedical fields, and finance are modeled as optimization problems. Humans and nature are constantly optimizing to minimize costs or maximize profits, to maximize the flow in a network, or to minimize the probability of a blackout in a smart grid. Due to new algorithmic developments and the computational power of machines (digital, analog, biochemical, quantum computers, etc), optimization algorithms have been used to “solve” problems in a wide spectrum of applications in science and engineering. But what do we mean by “solving” an optimization problem? What are the limits of what machines (and humans) can compute?

Dr. Panos Pardalos is a Distinguished Professor in the Department of Industrial and Systems Engineering at the University of Florida, and an affiliated faculty of Biomedical Engineering and Computer Science & Information & Engineering departments. In addition, he is the director of the Center for Applied Optimization.
Dr. Pardalos is a world renowned leader in Global Optimization, Mathematical Modeling, Energy Systems, and Data Sciences. He is a Fellow of AAAS, AIMBE, and INFORMS and was awarded the 2013 Constantin Caratheodory Prize of the International Society of Global Optimization. In addition, Dr. Pardalos has been awarded the 2013 EURO Gold Medal prize bestowed by the Association for European Operational Research Societies. This medal is the preeminent European award given to Operations Research (OR) professionals for "scientific contributions that stand the test of time."
Dr. Pardalos has been awarded a prestigious Humboldt Research Award (2018-2019). The Humboldt Research Award is granted in recognition of a researcher’s entire achievements to date – fundamental discoveries, new theories, insights that have had significant impact on their discipline.
Dr. Pardalos is also a Member of several Academies of Sciences, and he holds several honorary PhD degrees and affiliations. He is the Founding Editor of Optimization Letters, Energy Systems, and Co-Founder of the International Journal of Global Optimization, Computational Management Science, and Springer Nature Operations Research Forum. He has published over 500 journal papers, and edited/authored over 200 books. He is one of the most cited authors and has graduated 64 PhD students so far. Details can be found in http://www.ise.ufl.edu/pardalos.