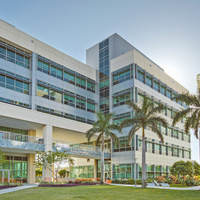 Abstract: It seems unlikely that an accelerator with higher collision energy than the LHC will be completed within the next 30 years. In the meantime, asymmetries in the low-energy properties of such humble particles as the electron, detectable in tiny anomalies in molecular spectra, may provide a glimpse of currently inaccessible new physics.  Laboratory efforts along these lines require the experimenter to adopt an almost conspiratorial mindset towards possible systematic errors.

Eric Cornell received his B.S. from Stanford University in 1985, and his PhD from MIT in 1990. His doctoral research, with Dave Pritchard, was on precision mass spectroscopy of single trapped molecular ions. Cornell went to JILA in Boulder, Colorado in 1990. Since 1992 he has been a senior scientist with the National Institute of Standards and Technology. He is a Fellow of JILA and Professor Adjoint in the Physics Department of the University of Colorado. Research interests include various aspects of ultracold atoms -- in particular, Bose-Einstein condensation in strongly interacting Bose gases, and related few-body physics. He is also working on using precision molecular spectroscopy to explore possible extensions to the Standard Model of particle physics. His most recent research includes a project to measure the electric dipole moment of the electron.

Cornell received the Stratton Award from NIST in 1995, the Carl Zeiss Award in 1996, the Fritz London Prize in 1996, the Presidential Early Career Award for Scientists and Engineers in 1996, the 1997 I.I. Rabi Award, the 1997 King Faisal International Prize for Science, the 1995-96 AAAS Newcomb-Cleveland Prize, the 1997 Alan T. Waterman Award, the Lorentz Medal in 1998, in 1999 the R. W. Wood Prize and the Benjamin Franklin Medal in Physics, and in 2000 was elected as a Fellow of the Optical Society of America and a Member of the National Academy of Sciences. In 2005, he was elected Fellow of the American Academy of Arts and Sciences, and in 2012 he was awarded the Ioannes Marcus Marci Medal for Molecular Spectroscopy. He shares the 2001 Nobel Prize in Physics with Carl Wieman and Wolfgang Ketterle.