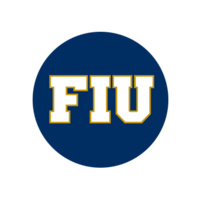 Spectroscopy of materials can be enhanced by the quantum coherent effects. It is the quantum coherence effects such as electromagnetically induced transparency and coherent population trapping that attract attention due to the increasing development of new applications such as high-precision spectroscopy, and large Kerr nonlinearities. Localized plasmon interaction in quantum confined structures strongly modify the optical and electronic properties with potential for manipulating light on the nanoscale. The strong excitonic absorption in 2D semiconductors such as graphene oxide enables enhanced nonlinear optical interactions due to strong exciton-plasmon coupling. Special attention will be given to quantum fields and their interaction with quantum systems. Possibility of coherent control has been shown even with quantum fields, including vacuum fields. We have demonstrated the spectroscopy of nanomaterials, where the quantum coherent effects are able to have an all-optical control, on ultrafast time scales, for applications as varied as quantum sensing, quantum information processing, and quantum simulations.

Dr. Yuri Rostovtsev is an associate professor of physics at the University of North Texas, Denton, TX USA, known for his contribution to the quantum coherent effects in various media, ranging from atomic and molecular gases, solids to nucleus.

He earned his Master degree in 1983 at the Department of General and Applied Physics, Moscow Institute of Physics and Technology, Moscow, Russia, and his PhD degree in 1991, at the Department of Plasma Physics and High Power Electronics, Institute of Applied Physics, Russian Academy of Sciences, Nizhny Novgorod, Russia. After working in the Institute of Applied Physics of the Russian Academy of Sciences since 1983, he moved to Texas A&M in 1996, when he received the NATO Postdoctoral Fellowship and later he became a TEES Research Professor there in 2004. In 2009, Dr. Rostovtsev moved to the University of North Texas where he is currently working in the Department of Physics and the Centre of Nonlinear Sciences.s
Dr. Yuri Rostovtsev has published more than 200 papers in referred journals, and his research interests lay in atomic and molecular physics, laser spectroscopy, Raman spectroscopy, laser physics, quantum and nonlinear optics, free electron lasers, quantum thermodynamics, quantum information, quantum computers, nanoplasmonincs, nanophotonics, nanomaterials, super-resolution, collective and cooperative excitations and phenomena. He is a Senior member of the Optical Society of America, and of the American Physical Society. Dr. Rostovtsev received the International Association of Advanced Materials (IAAM) Medal Award for the year 2019, and he is Fulbright Scholar, 2021-2022 (Fulbright Scholarship to Serbia).