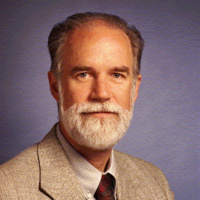 CREOL, The College of Optics and Photonics, University of Central Florida

Abstract: I will share my career experiences in measuring and modeling the interaction of high irradiance light with matter.  I will specifically discuss changes in absorption and changes in refractive index which are linked through causality in a way that can be described intuitively.  The literature is filled with data showing different levels of nonlinearity for the same material at the same wavelength.  The reasons for this are manifold.   It is often the case that more than one nonlinear process is occurring, and separation of these nonlinearities can be difficult. Multiple experiments are usually necessary to determine/understand the processes.  Parametric studies varying input parameters, e.g. pulsewidth, are helpful.  However, with the advent of ultrashort femtosecond pulses, it is usually possible to isolate the field dependent ultrafast, bound-electronic nonlinearity, i.e. the ones best described by Bloembergen’s expansion of the optical susceptibility in orders of the optical field.  Longer pulses lead to slower, often cumulative nonlinearities which are best described by other methods than perturbation theory.

Of course the wavelength dependence of the nonlinearities is of utmost importance. With the development of truly tunable parametric sources, nonlinear spectroscopy has finally come of age. I will describe our efforts at building nonlinear optical spectrometers; however, here there are significant differences from linear spectroscopy.  Additionally multiple wavelengths can be involved.  For example, in two-photon absorption (2PA) studies, the photon pairs can be degenerate (the same) or nondegenerate.  In semiconductors, this can lead to orders of magnitude differences in 2PA for extremely nondegenerate photon pairs. This may allow us to develop a 2-photon laser in the future (2-photon gain is the opposite of 2PA).

Developing a good understanding of the nonlinear processing occurring in various materials, from gases, organic dyes, semiconductors, dielectrics, and solvents allows us to develop devices for various applications.  Somewhat surprisingly, understanding what occurs in one material system is often transferable to other material systems.

Short Bio: Eric Van Stryland received a PhD in Physics in 1976, from the Univ. of Arizona, Optical Sciences Center, where he worked on optical coherent transients and photon counting statistics. He worked in femtosecond pulse production, multiphoton absorption, and laser induced damage at the Univ. of Southern California. His current research interests are in the characterization of the nonlinear optical properties of materials and their temporal response as well as the applications of these nonlinear materials properties for optical switching, beam control etc. He developed the Z-scan technique (>5500 ISI citations), established the methodology for applying Kramers-Kronig relations to ultrafast nonlinearities, and helped develop the field of cascaded second-order effects. He is a fellow of the OSA, IEEE, SPIE and APS, a past member of the OSA and LIA Boards of Directors, past President of the OSA (2006), and was awarded the R.W. Wood Prize of the OSA in 2012. He was the first Dean of the first college devoted to optics/photonics in the US. He retired as Dean in 2009 and received UCF’s Researcher of the Year Award, but continued as a faculty member in the College (graduated 37 Ph.D.'s to date).