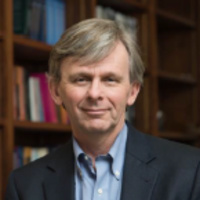 The First Direct Detections of Gravitational-waves: A Revolution in Physics and Astronomy

Professor of Physics at the University of Florida

In this talk, I’ll give an overview of gravitational wave detection, discuss some of the groundbreaking results to come out of the past two observing runs of the Advanced LIGO and Advanced Virgo detectors, and talk about where gravitational-wave astrophysics is going in the next decade and beyond.

Biography: Dr. David Reitze holds joint positions as the Executive Director of the LIGO Laboratory at the California Institute of Technology and as a Professor of Physics at the University of Florida. His research focuses on the development of gravitational-wave detectors.  He is a Fellow of the American Physical Society and the Optical Society, and was jointly awarded the 2017 US National Academy of Sciences Award for Scientific Discovery for his leadership role in LIGO. He is also a member of the international LIGO Scientific Collaboration that received numerous awards for the first direct detection of gravitational waves in 2015.