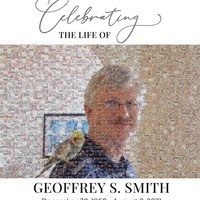 Professor Smith completed his Ph.D. in Computer Science at Cornell University in 1991. He joined Florida International University in 1996 as an Associate Professor. He was promoted to Professor in 2015. He has held visiting appointments at the École Polytechnique (France), IMDEA Software (Spain), and Macquarie University (Australia). He became an ACM Distinguished Scientist in 2013.

Professor Smith’s research interests were centered on the foundations of computer security. For the past 20 years he had been particularly interested in techniques for controlling the leakage of sensitive information from computer systems. His notable accomplishments include the first type systems for guaranteeing noninterference, quantitative leakage bounds for timing attacks against cryptography, and the g-leakage model of quantitative information flow.

In 2020, Professor Smith was honored with the prestigious European Joint Conferences on Theory and Practice of Software (ETAPS) Test of Time Award for his 2009 paper titled “On the Foundations of Quantitative Information Flow.”  This paper represents a cornerstone in the field of secure information flow, causing a shift in the community towards a more suitable measure using Rényi min-entropy. In 2014, Professor Smith coauthored the paper “Additive and multiplicative notions of leakage, and their capacities”, which was named the winner of the NSA’s third annual Best Scientific Cybersecurity Paper Competition.  More recently, he published a book titled “The Science of Quantitative Information Flow” (Springer, September 2020), which presents a comprehensive mathematical theory that explains precisely what information flow is, how it can be assessed quantitatively – so bringing precise meaning to the intuition that certain information leaks are small enough to be tolerated – and how systems can be constructed that achieve rigorous, quantitative information-flow guarantees in those terms.

Professor Geoffrey Smith was a shining example of scholars at FIU. Aside from his outstanding research achievements, Professor Smith has been a great colleague. His integrity, wisdom, humor, and kindness always came through when interacting with his students, friends and colleagues at FIU. He has made indelible contributions to the School of Computing and Information Sciences. We have lost not only a scientist of great intellect and achievement but a most valued member of our community.

Geoffrey was survived by his wife, Maria Elena Smith, his sons; Daniel Smith and David Smith, his mother, Persse Smith, his brother, Paul Smith, his sister, Alison Vollweiler, and his grandson, Caden Smith.