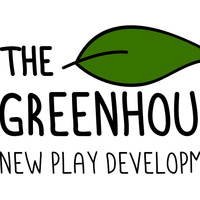 THE GREENHOUSE is a play development program at FIU Theatre supporting South Florida playwrights. Three playwrights were selected for one-week intensive residencies in the summer to workshop and revise a draft of a full-length play.

A director, a dramaturg, and age-appropriate actors will work with the playwright. The week will culminate in a public reading of the revised work.

“South Florida is emerging as a hub for playwrights,” says Joel Murray, Chair and Artistic Director of FIU Theatre. “We wanted to create a program to support their work and contribute to the development of new plays that are homegrown in our community.”

Before an audience ever sees a fully produced play, a playwright usually undergoes an exhaustive writing process of many drafts and revisions. The vast majority of that work happens inside the writer’s head.

During a play development program, the character’s voices suddenly take a life of their own and the playwright can now hear it as something outside of themselves. That is when they begin to notice things they didn’t see before, and the story starts to deepen and take shape.

“There are a lot of script development programs across the country, but it’s often hard to put everything on hold and travel somewhere else,” says Professor Michael Yawney, the project’s Managing Director. “The Greenhouse makes developmental programs more accessible to South Florida playwrights so they can take their scripts to the next level.”

The Greenhouse, now in its second year, will feature three new works this summer.

All readings are free and open to the public.

Parking for the Wertheim Performing Arts Center is available in Lot 5 (just east of the WPAC). Parking is $3 and can be paid using the Pay By Phone app on your smartphone (location code 20032) or the automated kiosk.