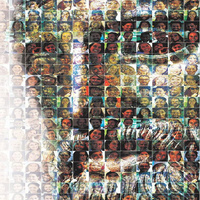 The Hero with a Thousand Faces: Revisiting Joseph Campbell and the Power of Myth

In his acclaimed The Hero with a Thousand Faces (1949), writer and lecturer Joseph John Campbell argued that universal patterns are the essence of – and common to – heroic tales in every culture. He described the basic stages of this mythic cycle and argued that the hero’s journey itself is a metaphor for the lives and stories of individuals and cultures. This groundbreaking work has sold almost two million copies and has been translated into dozens of languages. It has influenced generations of creative artists, including songwriters, authors and filmmakers such as George Lucas in the Star Wars series.

Campbell was a mythologist and Professor of Literature at Sarah Lawrence College. He is best known for his work in comparative mythology and comparative religion. He edited numerous works and wrote dozens of articles on topics including the philosophies of India, oriental mythology, occidental mythology and more. Campbell also filmed a series of conversations that would eventually become the six-hour-long Joseph Campbell and The Power of Myth with Bill Moyers. This series was first aired on PBS in 1988 and has since become one of PBS’s most renown series.

Join us as we revisit the legacy of Joseph Campbell with Robert Walter, the president and executive director of the Joseph Campbell Foundation. Walter will shed light on key questions: What is the power of myth? What exactly is a myth? How can a story influence the lives of millions of people? How can we celebrate our common journey as one human family?

Robert Walter is the president and executive director of the Joseph Campbell Foundation. In 1979, after a decade of working in the arts education and professional theater fields, he became editorial director of Joseph Campbell’s Historical Atlas of World Mythology. He was also the Joseph Campbell Foundation’s first executive director and was appointed its president in 1998. He was a founding Trustee of United Religions Initiative in 1999, serving as its treasurer and on its Global Council. Since 2005, he has facilitated a monthly meeting of Baptist pastors that began under a program known as Together in Ministry. He has presented papers, given talks and offered seminars and workshops on five continents. He has also been featured in several films and as a commentator on the History Channel.