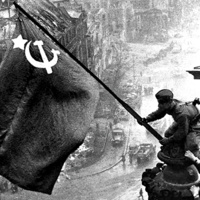 This year marks the 75th anniversary of the end of the Second World War. The conflict stands as a watershed moment in the human story. The deadliest military engagement in history, some estimates put the number of civilian and military casualties as high as 80 million. The war upended a world forged by nearly five centuries of European imperialism, and shifted global hegemony from Great Britain to the United States.  It ushered in the atomic age and the nuclear arms race, and gave rise to the Cold War and its own attendant and often bloody conflicts. The war’s brutality inspired nations to put stock in transnational organizations—it was hoped that the United Nations would succeed where the League of Nations failed, and the seeds were planted for an ambitious peace process that would become the European Union. WWII also influenced art, culture and society in numerous and significant ways. Join us for a conversation that explores how the world we inhabit today was shaped by the Second World War and why its legacy still matters.