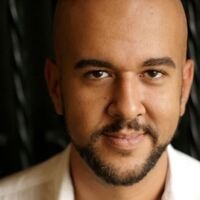 The FIU NODUS Ensemble performs the music of award-winning composer, Marcos Balter. Praised by The Chicago Tribune as “minutely crafted” and “utterly lovely,” the music of composer Marcos Balteris at once emotionally visceral and intellectually complex, primarily rooted in experimental manipulations of timbre and hyper-dramatization of live performance.

Organized by the FIU School of Music and presented with the support of the Miami-Dade County Department of Cultural Affairs and the Cultural Affairs Council, the Miami-Dade County Mayor and Board of County Commissioners, the City of Miami Beach, FIU Miami Beach Urban Studios, and the Kimberly Green Latin American and the Caribbean Center at FIU. The Betsy and Avalon Hotels are the official host hotels.